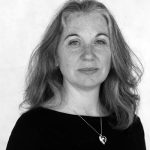 Rachel Nightingale has been writing since the age of eight (early works are safely hidden away). Harlequin’s Riddle is her first novel.

Rachel holds a Masters degree and PhD in Creative Writing. Her short stories have been selected several times for exhibition as part of the Cancer Council Arts awards, and winning the Mercury Short Story competition (junior section) at the age of 16 only fuelled her desire to share her stories with the world. One of her plays, No Sequel, won the People’s Choice Award and First Prize at the Eltham Little Theatre’s 10 Minute Play competition in 2014, while another, Crime Fiction, was performed at Short and Sweet Manila in 2016. Her second passion after writing is the theatre, and she has been performing in shows and working backstage for a rather long time. She co-wrote and performed in the 2013-2015 version of the hugely popular Murder on the Puffing Billy Express, a 1920s murder mystery set on the iconic Dandenong Ranges train.