A Flame of Song (The Wraith Cycle #3)

The cycle of fate turns on.

In the capital of Sontair, still reeling from the recent assassination, Daemi, Frankle and Heather are helping as best they can to retain some semblance of order and control. With them is Wilt, trapped now in cat form, but still connected to Daemi through their shared mind, enabling her to identify and hunt down those servants of the dark that still infest the city.

Far to the east, in the mysterious mountain prison of Pankesh, Higgs has been called back from the wash of the welds and returned to his human body. He finds himself under the control of the Novus, the source of the spreading darkness. The Novus uses weldfarers – those who can ride the welds – to alter events across time, and has been tracking Wilt and Higgs ever since their days in Greystone.

As the Novus gathers his forces and reaches through time and space to twist the world to his bidding the companions must journey across the Eternal Sea to finally confront the dark and face their fate.

Available in paperback and ebook from Bookshop.org, Amazon or your favourite online bookstore. 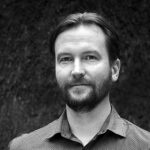 T.R. Thompson is an Australian speculative fiction author. He lives in Belgrave on the outskirts of Melbourne with his wife and two young sons.

When not writing or reading, he spends too much time gaming and taking long meandering walks through the forest that always seem to end up at a tavern.

3 reviews for A Flame of Song (The Wraith Cycle #3)