The Stars In The Night

Harry’s sure that he will marry Nora MacTiernan, no matter what their families say. He’s certain that he will always be there to protect Eddie, the boy his father saved from the gutters of Port Adelaide.

From the beaches of Semaphore to the shores of Gallipoli, the mud of Flanders to the red dust of inland South Australia, this is a story of love, brotherhood, and resilience. 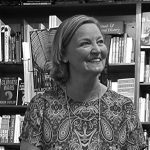 Clare Rhoden is a writer, blogger and book reviewer. Inspired by politics, culture, and history, Clare writes thoughtful stories about characters with heart and soul. From immersive world-building in science fiction and fantasy, to well-researched details in historical novels, Clare's books pivot on hope and love in the darkest of times.

Clare lives in Melbourne Australia with her husband and their very clever spoodle.

8 reviews for The Stars In The Night