Available in print and ebook formats from Bookshop.org, Amazon or your favourite bookstore or online retailer. 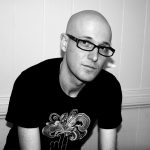